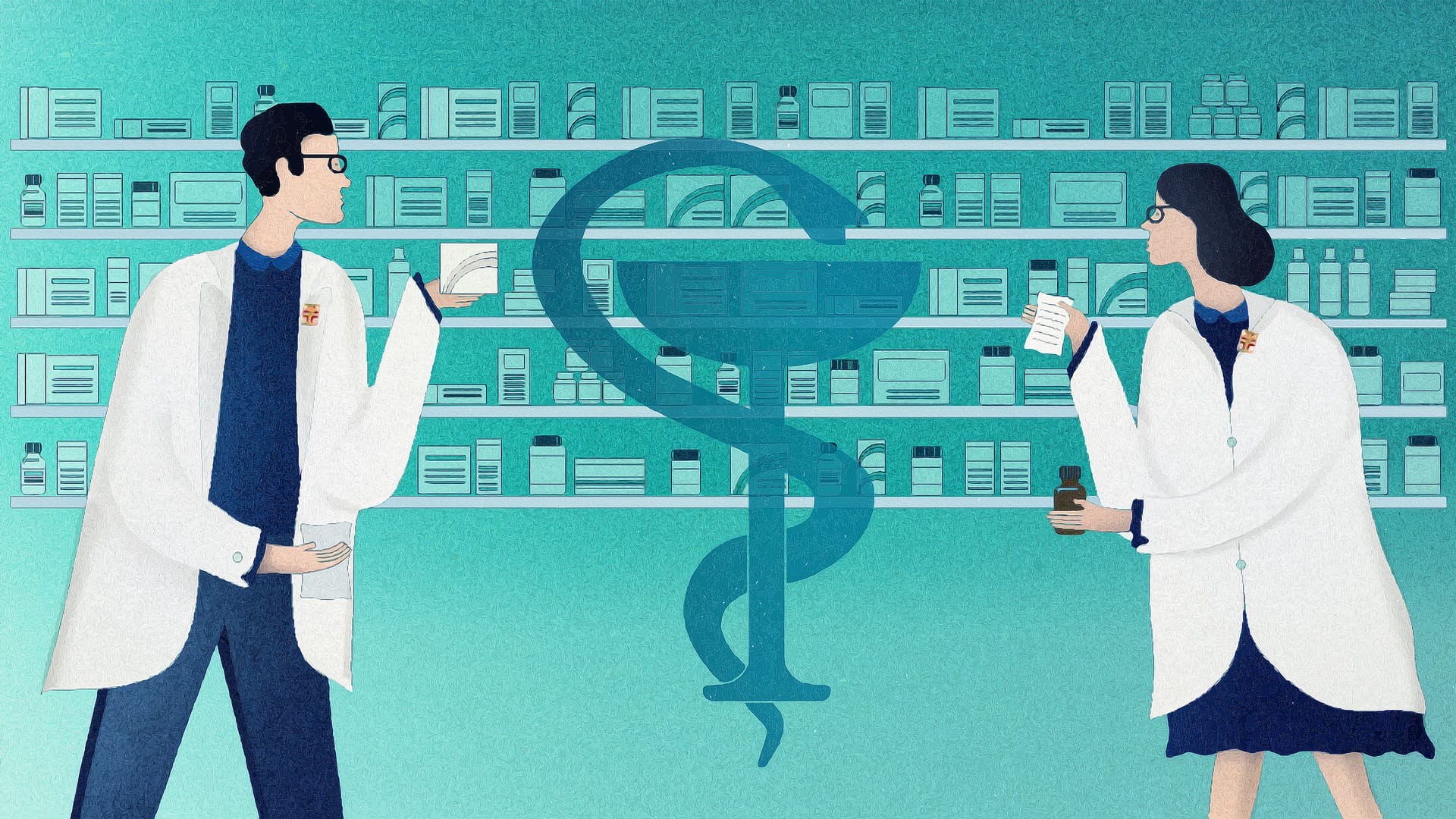 Founder and backbone of the enterprise, Maria del Rosario Steardo is the owner of the Pharmacy “del Rosario”. Born in Naples, doctor Steardo graduated very young and soon took over the Pharmacy "del Rosario", located in the Messigno district, in Pompeii. As a deeply religious person, she recognized in the name of the Pharmacy a real sign, forasmuch as it is not only linked to the Christian reference, but also to her first name. After the opening of the Health Presidium, Maria del Rosario Steardo specialized in Cosmetological Techniques at the University of Salerno and in Nutritional Science at the University of Naples, "Federico II". Pharmacist by vocation, doctor Steardo dedicated her entire life to the health and well-being of the others, accompanying to her work in the Pharmacy, a great voluntary activity in favor of the needy people. Lady of Magistral Grace in Obedience for the Order of Malta, in 2014 she founded a dining hall for poors, that everyday dispenses over one hundred and ten meals.

Grown up in the Pharmacy “del Rosario” since he was a child, doctor Antonio Steardo inherited from his aunt Maria del Rosario the love for the pharmaceutical profession and the dedication to the others. To these characteristics, he adds high skills and an excellent preparation that has always distinguished his professional profile. Graduated with the highest marks both in Pharmacy and in Pharmaceutical Chemistry and Technology at the University of Salerno and specialized with honors in Medical Pharmacology at the University of Rome, "La Sapienza", Antonio Steardo boasts numerous publications in Italy and Abroad. Senior Manager of the Pharmacy “del Rosario” since 2012, he is a member of the Royal Pharmaceutical Society, as well as the Royal Chemical Society, the American Chemical Society and the American Society of Advanced Science. In 2016, he founded the Steardo Chemical Laboratorywhere he deals with preparing medicinal and galenic drugs in the form of lotions, syrups, creams, ointments and powders.

In November 1971, doctor Maria del Rosario Steardo, of Neapolitan origins, took over a pharmacy in Messigno, a rural area on the outskirts of Pompeii. Providence has a special sign in store for her because the Pharmacy bears her own first name, “del Rosario”. With the support of the whole family and in particular of her brothers, Luca and Pietro, she began a professional path firmly intertwined with the family one.
Indeed, in 2008, her nephew Antonio started working in the Pharmacy, becoming Senior Manager in 2012. Both doctors Maria del Rosario and Antonio stand out for their high skills and their strong dedication to volunteering and civil commitment. Lady of Magistral Grace in Obedience of the Order of Malta, doctor Maria del Rosario is known the most for her work on behalf of others. As a matter of fact, since her settlement in town, she has started being  a spokeswoman for the entire Messigno community and  on many occasions has intervened as a Health Guarantor. In November 2014 she founded a dining hall for poor people that everyday dispenses over one hundred and ten meals.

Steardo Doctors always could count on the precious support of pharmacists colleagues and collaborators who share with them the value of the care and the great attention to the customer and its needs, as well as the passion for this profession.
From November 2017, Pharmacy “del Rosario” is located in Via Sant’Abbondio, 155, less than a kilometer from the Villa dei Misteri (Pompeii Archeological Site) and not much farther from the main entrance of the Scavi di Pompei and the Sanctuary of the Blessed Virgin of the Rosary.
Moving to the new, more central and better served location, Pharmacy “del Rosario” brings with itself the traditional image of high professional profile that has distinguished it over the years, making it not just a mere dispensation of medicinal specialties, but the pharmacy where you can always have a highly competent advice on the correct conduct of the therapy and a qualified answer to every question about the appropriate use of drugs.

Receive updates on our news and events